Edith was born in the South of Germany. There she enrolled in Fachhochschule für Gestaltung, Pforzheim, and graduated at the top of her class with the degree in fashion design. During her studies she participated as an exchange student for the College of Art & Design in Halifax, Nova Scotia.

After graduation she worked in various art fields such as illustration, graphic designs, also managing in an advertising agency as the art director. In 1996 she started her own publishing company in Germany. She authors and publishes an almanac as well as various non fiction books there. Her almanac is a success in Germany with over 400 000 copies sold.

In 1998 she moved to Kauai. Beside her work as an author and manager she built up a successful line of her own handcrafted jewelry. Since 2012 she lives in the State of Washington where she started her publishing company RAYA Publishing LLC.

Edith was in her twenties when her mother developed cancer. This incident set Edith out on a search for a healthy and wholesome lifestyle.

Ever since she researched and developed a lifestyle that integrates successfully healthy nutrition, exercises, arts, meditation, nature, … and holistic healing into a western style family and work life.

To make it all successful, nature’s rhythm and the lunar cycle are the key elements!

Her dream and intention for many years is now manifesting: to bring the wisdom and success of her almanac to the US.

Educator and author Rod Hemsell lived in Auroville and the Sri Aurobindo Ashram from 1968-1983. He travelled extensively and spoke at centers and universities in India on Auroville and Sri Aurobindo’s yoga philosophy, publishing a feature article on Auroville in the New Delhi Youth Times in 1974. He also published articles and essays in Mother India, World Union, and Auroville Review from 1970-1983.

In 1978, Rod presented Auroville along with Findhorn by Peter Caddy at the Festival for Mind, Body, and Spirit in London. Four years later, he gave a presentation on Savitri at Vishwabharati University in Santiniketan on the birthday of Rabindranath Tagore.

Rod was a guest speaker on Auroville at AUM in Boulder in 1988, and in 1990 delivered lectures on Sri Aurobindo’s yoga philosophy and Auroville at the California Institute for Integral Studies in San Francisco.

He founded the GAIA Learning Center in Crestone, Colorado in 1991. In 1993, he gave a lecture and presentation on Savitri and participated in a panel on Auroville at the Parliament of World Religions in Chicago.

Rod has conducted annual Savitri Immersion workshops at the Sri Aurobindo Learning Center in Crestone, Colorado, since 1994. He founded the GLOBE Charter School in Colorado Springs, Colorado in 1995. In 2003, Rod published Sri Aurobindo and the Logic of the Infinite: Essays for the new Millennium. Other publications include The Poetry of Sri Aurobindo – Mantra, Metrics and Meaning (2009), and The Philosophy of Evolution – Darwin and Sri Aurobindo (2011).

From 2007 to 2017 Rod has lectured on philosophy and poetry at the University of Human Unity in Auroville, where he was also Principal of New Era Secondary School. During May-August 2013 he has presented a series of workshops on the Kena Upanishad and Savitri in the USA. Since that time he has presented numerous workshops on the interrelationships of Integral Yoga and the sutra and tantra teachings of Tibetan Buddhism. Texts and audio recordings of these and other presentations are available at http://universityofhumanunity.org/ 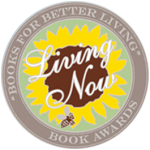